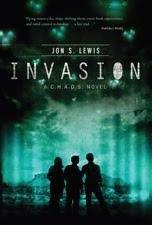 Colt McAlister is drawn into a war against things he thought only existed in comic books.
After a car wreck takes the lives of his parents, Colt moves to Arizona to stay with his grandfather. There, an informant tells him that his parents were actually murdered because his mom, a journalist, was getting ready to write a story exposing Trident Industries.
Along with Oz and Danielle, his new comrades at Chandler High, Colt vows to uncover the truth. But the more they learn, the more bizarre reality becomes. Mind control, jet packs, and flying motorcycles only scratch the surface of what they discover.
Colt is recruited by a secret organization called the Central Headquarters Against the Occult and Supernatural. But the battle isn't just against an out-of-control giant corporation. A gateway to another world is opening, and the invasion has already begun.
This is a cool book. Click here to learn more about Colt's adventure.
Posted by Boys Read at 9:03 AM 1 comment: 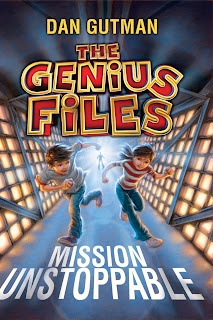 Prolific author, Dan Gutman has a new book out that is sure to captivate the interest of both boys and girls. Click here to visit Dan's website. Be sure to watch the The Genius Files movie trailer. It's an unstoppable mission that your kids will love!
Posted by Boys Read at 8:28 AM No comments: