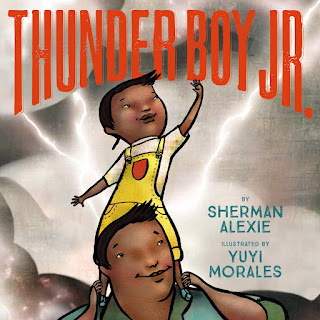 Thunder Boy Jr. is named after his dad, but he wants a name that's all his own. Just because people call his dad Big Thunder doesn't mean he wants to be Little Thunder. He wants a name that celebrates something cool he's done, like Touch the Clouds, Not Afraid of Ten Thousand Teeth, or Full of Wonder.

But just when Thunder Boy Jr. thinks all hope is lost, he and his dad pick the perfect name...a name that is sure to light up the sky. 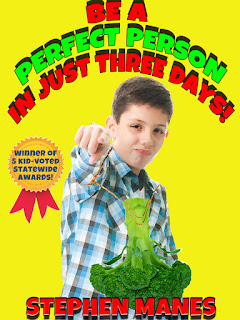 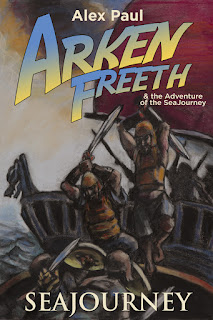 Part Neanderthal, but raised as a human, Arken Freeth finds that he doesn’t fit in either world as he struggles to survive. Yet the very Neanderthal heritage that makes Arken an outsider gives him extraordinary strength and fighting skills. In order to survive and become the warrior he knows he can be, Arken must brave the dangers that lurk beneath the depths of the Circle Sea, the old Atlantic, as well as the Tookan pirates who roam its surface.

Many boys rarely get an opportunity to experience hunting and fishing firsthand, so these books give them a sense of what it is like to hunt big game and use that skill to keep yourself alive.

In addition, the protaganist is a 14-year-old boy who is a "double" fish out of water, not only is he the only commoner in a military academy for the sons and daughters of noble families, he is also part Neanderthal in a lost civilization existing 13,000 years ago. And if anyone finds out that he has Neanderthal blood, the laws of their society forbid racial mixing with Neanderthal slaves and he and his family will be put to death.

Top that off with the fact that Arken begins the series by being very short and being bullied and manages to overcome these obstacles through wit and tenacity and I feel it is an inspiring message to young boys and the problems they face in society today.

This unique book is by Alex Paul and is the first of a series of seven books.  Alex lives in Portland, OR.  Many of his childhood experiences helped craft his books. He grew up in small Oregon logging towns, mainly Mill City on the N. Santiam River.  His parents were British colonialists who escaped Hong Kong on the last ocean liner that left before the Japanese invasion the same day Pearl Harbor was hit.  They emigrated to Canada and both served in the war, his father in Canadian infantry and his mother in the WAC. After the war his father got a degree in English and they moved to the US where he had a career as a teacher in small Oregon towns.