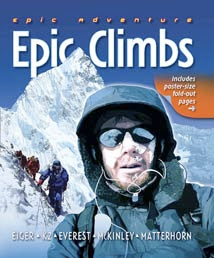 Nothing is quite so awe inspiring, or inhospitable to humans as the world's tallest mountains. Journey to the European Alps, the Himalaya, the Karakoram Range, and the polar region of North America with one of the world's great climbers and discover how mountaineers reached the top of five of the world's highest mountains for the first time. Meet the pioneers who braved incredible dangers like rock falls, crevasses, whiteouts, and avalanches to summit against all odds. Large fold-out posters and gatefolds illustrate the story of each dangerous climb, and detailed maps show how later climbers changed the routes to the summit. Throughout it all, readers will explore the fascinating question of what drives these adventurers to reach the top, no matter the cost.
Macmillan's Adventure books are great primers for boys who prefer non-fiction. Click here for the series.
Posted by Boys Read at 5:19 PM No comments: 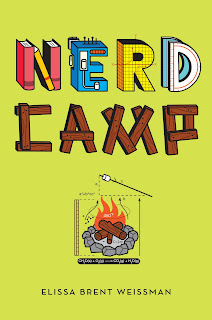 Elissa Brent Weissman’s hilarious middle-grade novel, Nerd Camp, is perfect summer reading for kids ages 8-12. Gabe’s new stepbrother is impossibly cool, and Gabe, who was looking forward to attending the Summer Center for Gifted Enrichment, is now worried that maybe he’s too much of nerd. With a lice epidemic, a karaoke showdown, a whiz-bang Color War, and a secret kayak trip to Dead Man's Island, Weissman turns a stressful premise into a fun romp that will leave kids laughing all the way to Labor Day.
Click here for Elissa Brent Weissman's books.
Posted by Boys Read at 6:44 AM No comments:

One Day The Soldiers Came 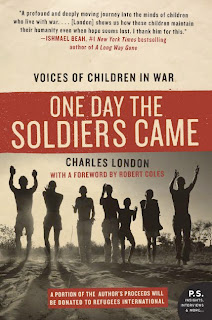 Today, in violence-torn regions across the globe, 20 million children have been uprooted, orphaned, or injured by war, famine, and poverty. This is their story . . . and ours.
In this powerful and unforgettable book—by turns painful, funny, terrifying, and triumphant—Charles London takes us into the world of refugee children, celebrating their unique skills for survival and reflection. Their remarkable stories and drawings chill the blood and touch the heart, offering an indelible, first hand portrait of the war that rages beyond the headlines.
Click here to read Mr. London's excellent article on why boys do read. Click here to visit his very cool website.
Posted by Boys Read at 10:58 AM No comments: 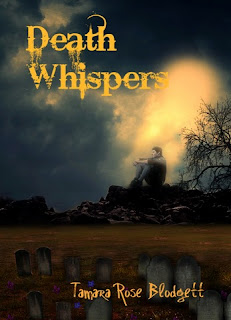 Death Whispers, a Futuristic, Paranormal tale of friendship, romance and government intrigue, explores the life of fourteen year-old, Caleb Hart, “normal” teen and corpse-raiser...
Caleb has the most rare of the paranormal powers, Cadaver-Manipulation (aka corpse-raiser). In this world of the future, with Brain Impulse “pulse” Technology’s wide-spread use and influence keenly realized, routine school inoculation has expanded to include a pharmaceutical cocktail, which once administered, unlocks the genetic potential for paranormal abilities. Using this small window of puberty, teens who have the genetic propensity find themselves manifesting extraordinary gifts; some of which garner the full attention of our government. Caleb must camouflage his new “talent” during the mandatory eighth grade Aptitude Test so that he remains undiscovered while establishing choice for his future. However, events beyond his control systematically reveal Caleb and his friends, which force them to fight for their freedom. In the midst of this struggle, his girlfriend's father battles to reassert his abusive dominance in her life while a couple of “peer enemies” thwart his efforts of secrecy at every turn. In the explosive climax, Caleb must protect his friends, and Jade, the one he loves...at all costs.
This interesting book is by Tamara Blodgett. She's a 'thinking-out-of-the box' paranormal enthusiast who believes there's a 95% chance zombies do not exist; but loves to write as if they do...To learn more about her work, click here.
Posted by Boys Read at 7:52 PM No comments: 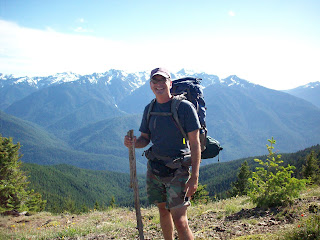 Thank you Colorado students and Miss Hill for this excellent Reading Resource Link. You live in a magnificent state. I love backpacking in the summer. Above is a picture of me near the top of Hurricane Ridge. The Olympic Mountains are in the background. For those of you looking for excellent Reading Resource websites, click here for several very valuable links. Enjoy your summer and don't stop reading!
Posted by Boys Read at 9:58 AM No comments: