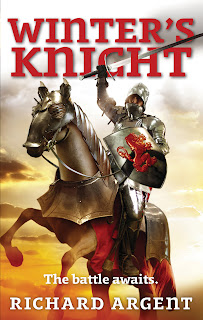 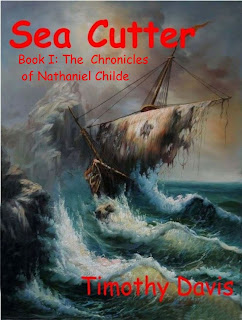 Whew! Talk about cliff-hanger chapter endings! When 14-year-old Nathaniel Childe decides to search the South Atlantic for a legendary island where he feels convinced his ship-wrecked father is, the adventure never lets up. Nat, no goody-two-shoes, tricks his old friend Wayland into the voyage on Wayland's sloop Sea Cutter, but the trick puts Nat under the power of Snake--one of the scariest villains we've met in a long time. Snake stows away on Sea Cutter and the suspense gets higher.

This seafaring adventure tale is by Timothy Davis. Before he went to college, he wrote In Search of Perlas Grandes and The Indian's Ruby, both published by Accent Books. Afterwards, he earned his doctorate in English and became a professor of Children's Literature. Now, he has decided to return to writing the kind of books that young people read under their blankets at night. He started by completely rewriting In Search of Perlas Grandes into Sea Cutter: Book I of the Chronicles of Nathaniel Childe, and just rewrote The Indian's Ruby into Red Stone: Book II of the Chronicles of Nathaniel Childe.