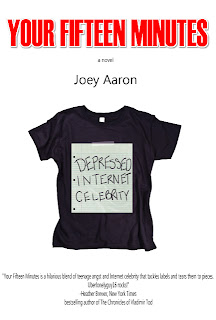 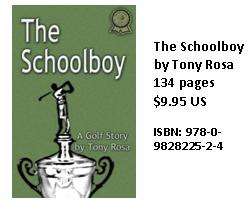 It has been said that the game of golf reveals a person's true character. The game also teaches life lessons that cannot be learned in a classroom. This is especially true for junior golfers. The Schoolboy is a day in the life of a reluctant junior golfer who is forced to play in the local junior golf tournament. Tony Rosa captures the angst and insecurities of the protagonist, "Sam, the main character, is in the middle of his first day of being kicked out of the nest himself. His mother has done her work and it is up to him to see if he can fly."

Golf is the least of Sam's problems. His father died and he is feeling his way through his teens as the man of the house. He has a little brother in the tournament, too. Sam's grouping for the tournament is a slice of life from both sides of the tracks. His partners include a country club kid, a cheater, and a hustler. Sam's core values are tested from the first tee until play is stopped.

Set in the 1980s, Sam's world of golf does not include Tiger Woods, PS3, or junior golf programs. He learned the game from his grandfather. His golf resume consists of hitting balls in the park with friends. He is alone, yet he is brave. The Schoolboy was inspired from Rosa's own experiences as a teen, "I asked myself: What was the first time you ever felt like you were on your own? I immediately thought about my mother dropping me off at the municipal golf course to play in a junior golf tournament." He adds, "I signed up on my own and played with a group of strangers and could remember how alone, yet, how different things were going to be for me after I had proved I could do something on my own."

The saga that develops in The Schoolboy is a wonderful paradigm for young readers. Sam is tempted. Sam learns that guilt is a powerful emotion. Readers learn that if you are excluded based on your character and principles, then you have learned that bravery is not immediately rewarded. GOLFChicago highly recommends The Schoolboy for our junior golfers.

To learn more about Tony's book, click here.
Posted by Boys Read at 7:45 AM No comments: 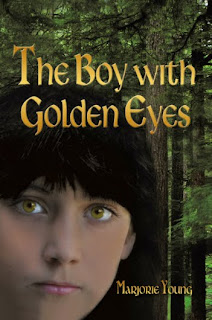 Young Rupert, with a unquenchable thirst for knowledge and experience, has been raised in complete isolation from the world by his enigmatic grandparents. His life takes an extraordinary turn when a violent storm uncovers a long-concealed treasure. In the tempest’s aftermath, his grandparents vanish. Completely alone, the bewildered boy seizes the opportunity to leave his forest home at last.
Out in the wider world, Rupert encounters new friends, and learns that the kingdom’s beloved royal family had been slain by brutal usurpers, who now ruled with cunning and cruelty. But astonishing revelations convince Rupert that he has a pivotal role to play in restoring justice to the land.
As Rupert and his comrades face imprisonment, bloody skirmishes, desperate conditions, and alluring yet sinister encounters, their darkest moments may reveal thrilling wonders. Unfolding events take on a deeper meaning as Rupert’s mysterious gifts guide him towards the shattering truth about his identity and his destiny.
Marjorie Young is the author of this unique book. The Boy with Golden Eyes was written as a gift for her nephew, Sammy. She currently resides in Seattle, Washington with her two cats. This is her first novel. To learn more about Marjorie's very cool book, click here.
Posted by Boys Read at 8:20 AM No comments: