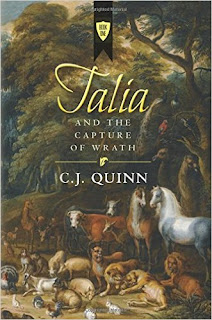 Building Self-esteem in Boys Through Reading

Below is an excellent article written by C.J. Quinn.

Reading is a critical component of creating self-esteem. According to the Child Development Institute, LLC, “Self-esteem is a major key to success in life. The development of a positive self-concept or healthy self-esteem is extremely important to the happiness and success of boys.”  Reading builds boys’ self-esteem because it fosters a more proficient reader, thus cultivating a more confident person. You can’t give a child self-confidence; they have to earn it. A good way to gain self-esteem is through reading. As your boy reads, he becomes more proficient and learns valuable lessons from the stories. Pulitzer prize-winning author of Angela’s Ashes, Frank McCourt said, “Stock your mind. It is your house of treasure.”

Nurturing your boys to enjoy the art of reading is an undertaking. One suggestion to help boys read is to incorporate it into their everyday routine. After they get settled down for bed have your boy(s) read for a minimum of 30 minutes before lights out. This could be any kind of reading; silent reading, parents or siblings reading aloud to one another, and/or listening to books on audio. eBooks can be especially instrumental because they can look up vocabulary words they may be unfamiliar with. Furthermore, reading is a valuable time for your son to wind down from the day and use his mind more introspectively. You can even turn it into a time where the family reads together; all reading silently or aloud. This time together is more important today due to our fast paced, frenetic society.

Let your boy(s) choose the books they read. Give them many different selections. Take them to the library, a bookstore or let them peruse the eBook libraries. The goal here is to get your boys to want to read. Schools often choose books that are uninspiring. When a boy has the ability to pick and choose what he wants to read, this spurs an interest in reading and gives the boy motivation to read. Boys enjoy reading about adventure, action, fantastical stories and humor more than any other genres. Boys will read if the story engages them.

Turn the concept around from reading as a chore, into reading for pleasure. According to the National Literacy Trust research, only 1 in 4 boys read outside of class every day.”  Promote reading by giving your boy ownership in his choices. Reading a series is vital because your son already understands the plot, they know the characters and are curious to see what the next book brings. This builds on their reading skills because they are already invested in the story, which is a great hook.

If you have a boy who is struggling with reading at school, make sure that you give him stories he can be successful in reading. In 1946, researcher Emmett Betts suggested that we should be giving students texts in which they could read at least 90 percent of the words and comprehend at least 75 percent of the information. This enhanced both learning and attitude. If your reader struggles with reading, it can be mentally and emotionally exhausting. It can affect them in school, in their relationships and with their peers. This in turn can affect their feelings of self-worth.

When boys read fantasy it gives them a place to explore their fears. Books that have characters in them that they can relate to are essential to the success of boys reading. Through reading about other fictional characters whom they can connect with to sort out who they are. That personal exploration allows boys to put things in into perspective in their own lives. Boys need outlets to read to build their self- esteem as people. Nurture your boys to become successful readers if you want to help them build self-esteem.

C.J. Quinn is the author of Talia and the Capture of Wrath, a middle grade fantasy novel that promotes environmental awareness. After traveling the world, she settled down to start a family, which has proven to be the biggest adventure yet. She currently resides in Seattle with her family. Click here to learn more about her very cool book.
Posted by Boys Read at 12:00 PM 21 comments: 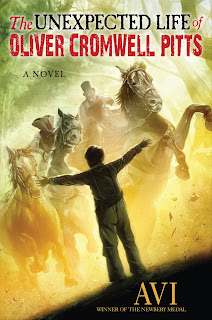 In the seaside town of Melcombe Regis, England, 1724, Oliver Cromwell Pitts wakes to find his father missing and his house flooded by a recent storm. He’s alone in his ruined home with no money and no food. Oliver’s father has left behind a barely legible waterlogged note: he’s gone to London, where Oliver’s sister, Charity, is in trouble. Exploring damage to the town in the storm’s aftermath, Oliver discovers a shipwreck on the beach. Removing anything from a wrecked ship is a hanging offense, but Oliver finds money that could save him, and he can’t resist the temptation to take it. When his crime is discovered, Oliver flees, following the trail of his father and sister. The journey is full of thieves, adventurers, and treachery--and London might be the most dangerous place of all.

In the tradition of his Newbery Honor book The True Confessions of Charlotte Doyle, Avi mixes high adventure and short, page-turning chapters with a vivid historical setting featuring a cast of highwaymen, pickpockets, and villainous criminal masterminds. The Unexpected Life of Oliver Cromwell Pitts is impossible to put down.

Avi has penned yet another masterpiece.  To learn more, click here.
Posted by Boys Read at 4:54 PM 2 comments: