The Kingdom of Oceana 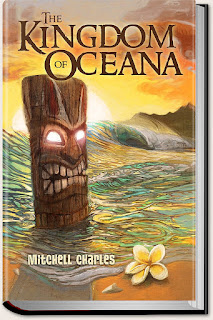 The Kingdom of Oceana is the first book in a new Middle Grade fantasy adventure series by Mitchell Charles.  Mitchell’s inspiration for The Kingdom of Oceana was born of exploring the spectacular coastline, lush valleys, and vibrant coral reefs of the Hawaiian Islands.

At its core, The Kingdom of Oceana is a story about a sibling rivalry.

Five centuries ago, on the island now called Hawaii, there was a kingdom filled with adventure, beauty, and magic.  When 16-year-old Prince Ailani and his brother Nahoa trespass on a forbidden burial ground and uncover an ancient tiki mask, they unleash a thousand-year-old curse that threatens to destroy their tropical paradise.

Warring factions spar for control of Oceana, sparking an age-old conflict between rival sorcerers. With the help of ancestral spirit animals, a shape-shifting sidekick, and a beautiful princess, Prince Ailani must fight for his rightful place as the future king of Oceana. 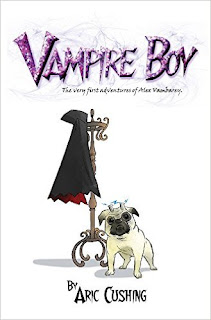 When Alex Vambarey attends his first year at the Carpathian Academy, he has no idea that there are other creatures besides vampires. He's never met a gargoyle, or a pixie for that matter. Of course he's read about them -- in the Vampedia -- but in real life? No way. But now everyone's trying to figure out the Magus riddle and win the school prize. Even the Brownies are all befuddled! (new paragraph) Well, maybe it's natural. It's his first term, and there are all sorts of things that don't make any sense. Like all the janitors collecting dirt. That's just plain weird. No, there was definitely something bigger going on. Way bigger. And if he was right, the secret was somewhere in the Night Gallery. The secret about Carpathia, and the secret about himself!