It is 1907 in Vancouver. Fourteen-year-old Bing-wing Chan resents his father, not only because the man gambles away all their money, but also because he now forces Bing to help him in his gruesome job. Ba is the bone collector, the one who digs up skeletons of deceased Chinese so that they can be sent home to China for permanent burial. Sinister things start happening soon after Bing accompanies his father to the graveyard.

Reviews:
"...a worthwhile read for its unique plot that combines mystery, ghosts and embedded Chinese folk tales. As well, it is one of Yee's most well-written, intriguing novels. It will appeal to male readers who may discover that most 14-year-olds endure similar internal struggles in self identity no matter from what culture they come."
--CM (Canadian Review of Materials) Vol. 10, No. 16, 8 April 2004

"Vancouver's Chinatown in 1907 is the setting for this novel, in which the spirits of the dead come back to haunt the living. Despite the subject matter, Paul Yee's light, deft touch ensures that his book is anything but ghoulish.
--Globe and Mail 17 January 2004

"Paul Yee is building up an impressive body of work. His background in Canadian history serves him well, but his real strength lies in his ability to let history serve the story, instead of the other way around. [This] is a profluent, tightly paced, highly enjoyable story that happens to take place neither long ago nor far away."
--Vancouver Sun, 8 November 2003.

Into The Land of Snows 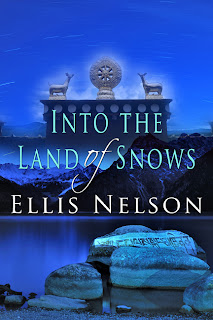 A troubled, sixteen year old Blake travels to Base Camp on Mt. Everest to spend time with his physician father.  When a deadly avalanche occurs, Dad is forced to rethink things and sends Blake off the mountain.  Now accompanied by a Sherpa guide, and in possession of a mysterious camera, Blake undertakes a journey which will challenge everything he believes.  In the magical Himalayas, he will be forever changed by what he experiences.

This very cool adventure story is by Ellis Nelson.  Ellis has worked as an Air Force officer, government contractor, and teacher.  She has had an interest in Buddhism since childhood.  Currently, she lives in the Denver area with her husband. 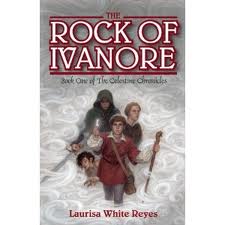 The annual Great Quest is about to be announced in Quendel, a task that will determine the future of Marcus and the other boys from the village who are coming of age. The wizard Zyll commands them to find the Rock of Ivanore, but he doesn't tell them what the Rock is exactly, or where it can be found. Marcus must reach deep within himself to develop new powers of magic and find the strength to survive the wild lands and fierce enemies he encounters as he searches for the illusive Rock. With more twists and turns than a labyrinth, and a story in which nothing is as it seems, this tale of deception and discovery keeps readers in suspense until the end.


This unique novel is by Laurisa White Reyes.  Laurisa has been writing since the age of 5 when she wrote her first poem on a scrap of poster board. After earning a degree in English at California State University at Northridge, she spent thirteen years writing for various magazines and newspapers, working as a book editor, and teaching creative writing. She gave up all that six years ago to follow her lifelong dream of writing novels.  Besides writing, Laurisa is also a voracious reader. She also loves musical theater, chocolate, sushi, ancient history, bearded dragons, and rain storms.  She lives in Southern California with her husband, 5 children, 4 birds, 2 lizards, 2 turtles, 1 fish, 1 dog, and a partridge in a pear tree.