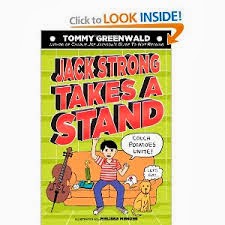 Jack Strong isn’t particularly noble. He’s not a rebel. He’s not an over- or under-achiever – nor, despite his name, is he particularly strong. He’s just a middle grader who’s tired of being told what to do and being rushed from baseball to cello practice; Junior EMT to Chinese lessons, and from math tutoring to soccer games. Not to mention tennis and karate! He insists his well-meaning parents have overscheduled his life and, when he finds no room for negotiation, he takes his protest to the living room couch and refuses to move.

Good for Jack!  We can all learn from this anti-hero. Enough is enough!  I'm right with Jack and have a good mind to put my foot down and go on strike, too.  What will I cut from my own child's schedule?  Both soccer teams are really important.  Should Girl Scout's be cut or gymnastics?  What about the art camp?  She's such a talented artist.  Should I deny her art lessons?

We can all relate to Jack's predicament.  It is particularly timely as millions of overscheduled kids head back to school and gird for crushing schedules devised by parents determined to make their kids perfect or close to it. With college applications years off, but nevertheless top-of-mind for parents with children in the middle- and high- school years, Jack Strong’s crisis is one we know all too well.

Kids who liked Diary of a Wimpy Kid, will enjoy this story.

This unique book is by Tommy Greenwald.  Tommy is an advertising executive, and also the lyricist and co-creator of the hit Off-Broadway play John and Jen. 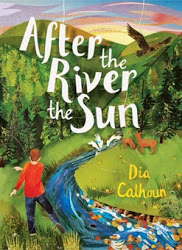 Click here to learn more about Dia and her great books
Posted by Boys Read at 3:21 PM No comments: