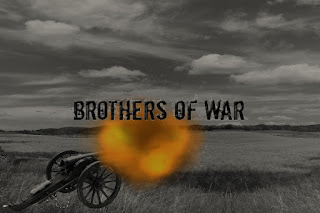 September 2015 marks the conclusion of the 150th anniversary at Andersonville National Historic Site. The entire month of September is dedicated to highlighting the history of the infamous Civil War prison, the plight of all prisoners of war, the end of the Civil War, and what happened after the surrender at Appomattox. There are many questions we hope to explore this month. How does a soldier go from war to peace? How does a prisoner go from captivity to freedom? How does a nation reunite after such immense division?

This month holds a great deal of meaning not only in Civil War history, but for all American Prisoners of War. The third Friday in September is officially National POW/MIA Recognition Day. With that in mind, Andersonville National Historic Site is hosting a three-day special event weekend. This weekend will mix Civil War history, POW veterans groups, active duty military, and civilians to explore the stories of survival and sacrifice by United States service members during the Civil War and today.

During the fourteen months of operation, just over 12,900 United States soldiers perished due to the diseases, hunger and wounds that they received on the battlefield and while in prison at Andersonville. Over that time, their bodies were placed in long trenches for burial. Those trenches are the foundation of Andersonville National Cemetery. The national cemetery holds not only the remains of those original prisoners of war, but also Union soldiers killed across Georgia in those final years of war. The number 13,000 acknowledges that greater whole. Today, the national cemetery has over 20,000 interments.

Click here to learn more about Brothers of War and Andersonville.
Posted by Boys Read at 7:58 PM 2 comments: