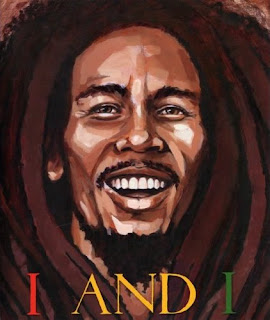 Jesse Watson, one of my favorite illustrators has once again displayed his amazing artistry in a new book about Bob Marley.  I and I, published by Lee and Low is a really cool book; boys and girls will love flipping through its wonderful pages.   Tony Medina, the author is a deep and soulful poet.  His verse appeals to older readers as well.  Below Jesse talks about a recent visit to NYC with G. Neri, the author of one of my favorite books for reluctant, inner-city readers, Chess Rumble.
FROM JESSE:
The author of Chess Rumble, Greg Neri, and I were recently in NYC talking about the importance and the power of Pawns in the game of Chess and how we can draw the same conclusions about those we consider Pawns in the game of life. We went to schools in some of the poorest neighborhoods in the nation and spoke to kids who had some serious obstacles to overcome, including poverty, violence, drugs, gangs... you name it! Many of these kids saw themselves as pawns; floundering in a sea of chaos, unable to affect any change in the world at all. Yet, from these conditions have come some of our greatest heroes. Bob Marley definitely qualifies. Born and raised in the poorest neighborhoods in the world, he overcame the lack of education and resources to become one of the most famous musicians we have ever known. Here is a man who, thirty years after his death, is still outselling current artists today. Here is a man whose music you will find in literally any country on the planet, from Iran to Singapore, Peru to Finland, rocking out of taxis, blasting through sound systems, and streaming over radio frequencies. This Pawn became a King and so can these kids, regardless of the obstacles they may face.
Click here to visit Jesse's site.
Click here to visit Tony Medina.
Posted by Boys Read at 9:12 AM No comments: 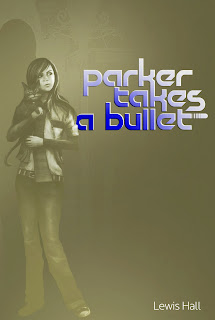 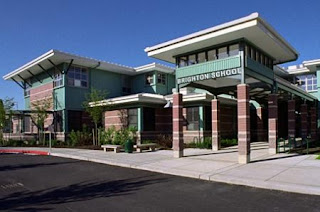 Hello Kids,
Thank you for the pleasure of allowing me to read my story at your wonderful school.  You kids are terrific!  I had a great time visiting with all of you.  Please stay in touch with me.  I need your help in finishing my story.  I promise to work hard writing and revising my story this summer.  I also promise to return to Brighton in the fall for more author visits.   Sorry, fifth graders, we'll miss seeing you at Brighton.  However, if you follow this blog, you can write to me here (with your parents and teachers permission) and we can stay in touch.  I'll also post my story, PIPE PEOPLE on my website so that you can read it online and or print it out as PDF pages.
Please read many, many books, write to me, and have a fun and safe summer!  Thank you again Mr. Raymond and Mr. Davis.  The world needs more men like you.
Posted by Boys Read at 4:53 PM No comments: