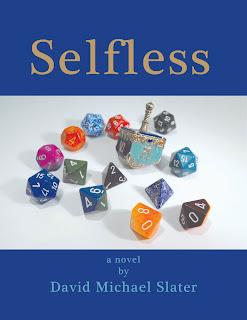 Bull Rider - Speaking Out About the Consequences of War 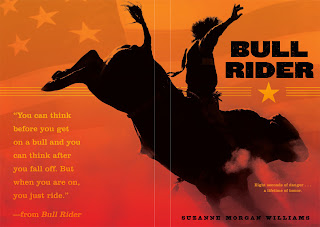 Bull Rider - Speaking Out About the Consequences of War –

I started writing Bull Rider in 2004. It was a story for very young kids and in outlining Cam O’Mara’s family, I imagined his older brother in the Marines. That fit the setting and the situation. I didn’t have any intention to write about the Iraq War. But as the book changed to one for older readers and as the wars in the Middle East ground on, it seemed only honest for Ben O’Mara, the Marine, to be deployed to Iraq. And if he were deployed, he could be hurt. Badly. That’s a fact of war and that’s what moms and dads, sisters and brothers, and children think about when it gets dark and quiet at night. Lying in bed praying for someone you love to wake up again in the morning, that’s scary stuff. And I felt like someone needed to just say it out loud.

Personally, I didn’t want to go there. It’s easier to pretend that the war isn’t happening. And as a writer, it seemed invasive to ask people who already had enough problems – like life threatening injuries to themselves or their family – how they felt. I didn’t want to learn about war injuries. But that’s the story I had in my head and I was compelled to share it, honestly, with kids. So I did the research. I approached people who work with the war injured and interviewed them. I read injured soldiers blogs and blogs from their families. I visited the Palo Alto VA Hospital’s Polytrauma Unit (although the patients happened to be elsewhere that day.) I learned a lot. And I was overwhelmed with the nature and gravity of the sacrifice that some of our military men and women have made. Regardless of my own feelings about these wars and war in general, I was moved by the honor of what they did because they were asked. It was humbling and I wanted to share that too.

And then there was the question of politics. I have some definite opinions and they may not be the same as the O’Maras’. But I wanted to tell the brothers’ story about what can really happen when you go to war. It didn’t matter what their politics were and it certainly didn’t matter what mine are. The story would be the same. The Bulletin for the Center for Children’s Books said about Bull Rider, “The book isn’t overtly anti- or pro-war so much as pro the people who are struggling with this difficult change in their lives. This is therefore a gripping read for fans of family dramas, and it’s certainly high time that this aspect of the war’s consequences received a sensitive and compelling exploration.“ This is exactly the response I had hoped for. I hoped my book would help kids think about the consequences of war, and I believed dwelling on politics would stand in the way of that.

So Bull Rider became the story of Cam and Ben O’Mara, two regular brothers who competed with each other and bugged each other, until their relationship was changed permanently when Ben suffered a traumatic brain injury, the loss of an arm, and post traumatic stress disorder following an explosion in Iraq. Cam is a fourteen year old guy, so when his world is rocked, he acts out – takes his skateboard to the Grange parking lot, rides a bull, goofs off in school. That’s how he handles the emotions – until his brother needs more from him and in a move that is both dangerous and loyal, Cam risks a ride on the monster bull Ugly to help Ben.

Bull Rider is engaging boy readers. Book sellers say it is a nice alternative to the fantasy that is out there. Librarians and teachers tell me that boys who don’t read much at all are picking up Bull Rider. Initially skaters and rodeo fans are interested. But once they start reading, I believe it’s the openness about war captures their attention. . The circumstances are not white washed or skipped over. There is a real problem – one that any of the readers might face. Right now. Today. And last, I think boy readers are drawn in by the relationship between the brothers. It’s competitive, supportive, and loyal. No matter how much they annoy each other, Cam and Ben O’Mara have each others’ back. I think that’s what a lot of boys long for and in Bull Rider, that’s what they get.

Thank you Suzanne Morgan Williams for your wonderful book!

and some. I also read teen books (since 3rd grade)
and now I am ten. Do you say these are boys books, I like most of them except the reading level is very low for me? My friend reads some too. Some say they are grades 7 and up, I read them...... they aren't just for boys though.

PS: please write at the top of the page: books for boys and good for girls too " or something.
Thank you!
Posted by Boys Read at 8:21 AM 1 comment: