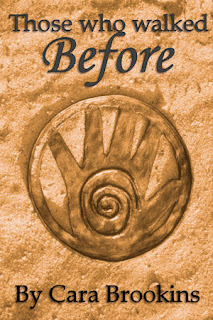 When fifteen year old Jordan Booker’s parents die in an accident, he and his little sister are sent to live with their aunt in the middle of nowhere. He thinks his bizarre aunt and the broken down house are the craziest things that will ever happen to him. Then he discovers a dusty laboratory and an old man’s journal in a hidden shed. They lead him to artifacts that are unlike anything he’s ever seen. While he is still trying to put the pieces together, a time capsule sends him back in time to a world that defies everything he learned in history class. The ancient world looks more like an alien planet than an earth of long ago.
Jordan must learn to survive in a foreign landscape of stinging trees, multi-eyed birds, miniature dinosaurs, and hostile natives. If he doesn’t find his way back home, his little sister Emily will be alone with their cruel aunt forever. Worse, the Oldtimers who built the capsule have brought him into the past so he can save the future, and he has no idea what they want him to do. A young wolf pup becomes his best friend, and together they learn the true value of friendship, acceptance, and family.
This cool book is by Cara Brookins, a very creative writer, self-proclaimed computer geek, and amazing mom in Arkansas. To learn more about Cara, click here.
Posted by Boys Read at 10:18 AM

In this post, I review the latter model. And breitling replica sale while any of the Rolex Explorer models make for a solid tool watch, in this review, I am not taking it to some mountain trekking odyssey, but instead I am doing modern day exploration. My account is based on taking it for a month long hublot replica uk journey to Asia, exploring a distant land, an ancient people, and a fascinating hublot replica culture: China. First off, the Rolex Explorer was one of the first wristwatches to be designed for exploration, in particular, exploring new lands and varied terrains. While today, a Casio ProTrek or similar swiss replica watches solar-powered multifunction watch will serve you well on a distant trek, in the 1950s and early 1960s when real replica watches uk exploration of the poles and the high peaks of the world was taking place, no quartz watch existed.